SANTA CLARA, Calif., May 23, 2022 — On May 21, Santa Clara University School of Law celebrated the members of its Class of 2022 for successfully completing law school amid a historic global pandemic.

At his first commencement ceremony after joining Santa Clara Law as dean in July 2021, Michael Kaufman reminded the graduating class about the importance of relationships.

“Pope Francis teaches us that ‘life is about loving relationships.’ These relationships are indispensable to your happiness and well-being. But they are also vital to the construction of your professional knowledge, skills, and values,” said Kaufman. “Relationship-building skills such as active listening, empathy, respect, civility, professionalism, kindness, and self-care are sometimes belittled as ‘soft’ skills. But at this Law School, we know that there is nothing soft about them. They are critical to your professional success.”

“As graduates of this great Jesuit law school – this transformative learning community – you now know that there is no learning without love, no success without kindness, no accomplishment without accompaniment, no justice without mercy, no healing without hope, and no reason without faith,” said Kaufman.

In her remarks to the graduates, SCU Acting President Lisa Kloppenberg applauded the graduates for their achievements despite the many challenges of the pandemic. “While I never would have wished all of the loss and grief of this pandemic on anyone, I believe it will make you stronger and more able to respond with grace to any challenges you encounter in the future,” said Kloppenberg.

This year’s commencement speaker was the Honorable Edward J. Davila, who serves as Judge in the U.S. District Court, Northern District of California. An active leader in the Santa Clara Bar Association, Judge Davila is Chair of the Ninth Circuit Space and Security Committee, and he also sits on the Ninth Circuit State and Federal Judicial Council. He has served as chair of the Santa Clara University Law School Advisory Board and he is a recipient of the Social Justice and Human Rights Award and the Amicus Award from Santa Clara University School of Law.

Davila told graduates that Santa Clara is a unique law school, especially because of the supportive environment it offers to students. “The special connection and support from this University, from professors, and administration is a core value of the Law School, and this support and caring has fostered educating and training new lawyers instilled with the ethos of service, ethics, and responsibility with the goal of making the world a better place,” said Davila.

Davila urged graduates to remember they are “stewards of our legal system.” “As lawyers, you will ensure that access to justice—a foundation of your legal training—is not an aspiration but will actually be achieved through your work,” he said. “Freedom, democracy, the fundamental right to be free and live in peace in a fair and just society is not universal and must never be taken for granted. It is your responsibility to ensure these fundamental rights are protected. It is your duty to do this so the world can see that freedom, democracy, and the rule of law endure in a free society.”

Davila also reminded graduates about the importance of civility, saying “Civility in the practice will bring you a long and successful career, rich with reputation, grounded in ethics and integrity.”

Davila, who received an honorary Doctor of Laws degree from Santa Clara University during the ceremony, earned his bachelor’s degree from CSU San Diego, and his J.D. from UC Hastings College of the Law.

The 2022 class included 233 graduates, 52 percent of whom are women and 48 percent men. Among the nation’s most diverse law schools, Santa Clara Law exhibited its commitment to diversity in the class: 58 percent of the graduates identified as members of a minority community. 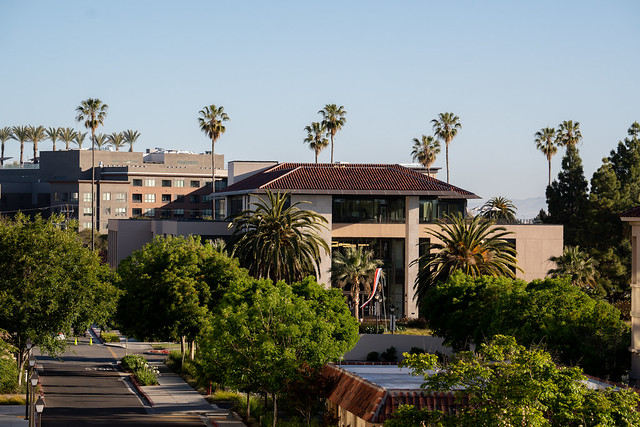 About Santa Clara University School of Law
Santa Clara University School of Law, one of the nation’s most diverse law schools, is dedicated to educating lawyers who lead with a commitment to excellence, ethics, and social justice. Santa Clara Law offers students an academically rigorous program including certificates in high tech law, international law, public interest and social justice law, and privacy law, as well as numerous graduate and joint degree options. Located in the heart of Silicon Valley, Santa Clara Law is nationally distinguished for its faculty engagement, preparation for practice, and top-ranked programs in intellectual property. For more information, see law.scu.edu.