Public Education, the Supreme Court, and the Battle for the American Mind 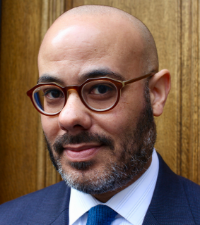 Justin Driver, an award winning constitutional law scholar at the University of Chicago, will present on his recent book The Schoolhouse Gate: Public Education, the Supreme Court, and the Battle for the American Mind.

Judicial decisions assessing the constitutional rights of students in the nation’s public schools have consistently generated bitter controversy. From racial segregation to unauthorized immigration, from antiwar protests to compulsory flag salutes, from economic inequality to teacher-led prayer: these are but a few of the cultural anxieties dividing American society that the Supreme Court has addressed in elementary and secondary schools. The Schoolhouse Gate gives a fresh, lucid, and provocative account of the historic legal battles waged over education and illuminates contemporary disputes that continue to fracture the nation.

In this presentation, Driver will provide an overview of the legal landscape with examples of landmark controversies. Using key examples, Driver vindicates the rights of public school students, which have so often been undermined by the Supreme Court in recent decades.

Public Education, the Supreme Court, and the Battle for the American Mind